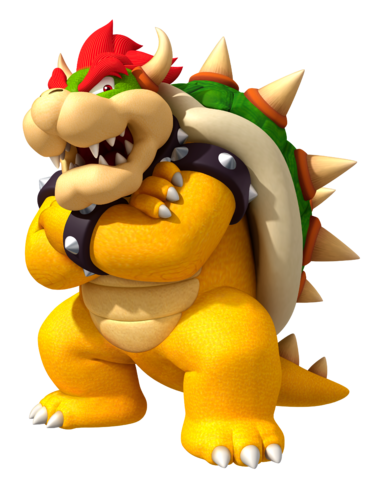 Bowser- Is the main antagonist of the Super Mario Bros video game series. His main goal is to capture Princess Peach but is always foiled by the plumber hero, Mario.

He is one of the Dark Organization's informants and gives Dr. Eggman and Pete information about the dark master. He later assists them in trying to kill Jake and the other Warriors. He eventually ran away from the fight after Wuya and the Death Cult of Black Terror Alliance members left.

Retrieved from "https://warriors-of-light.fandom.com/wiki/Bowser?oldid=4322"
Community content is available under CC-BY-SA unless otherwise noted.